Why Lead Nurturing is an Olympic Event 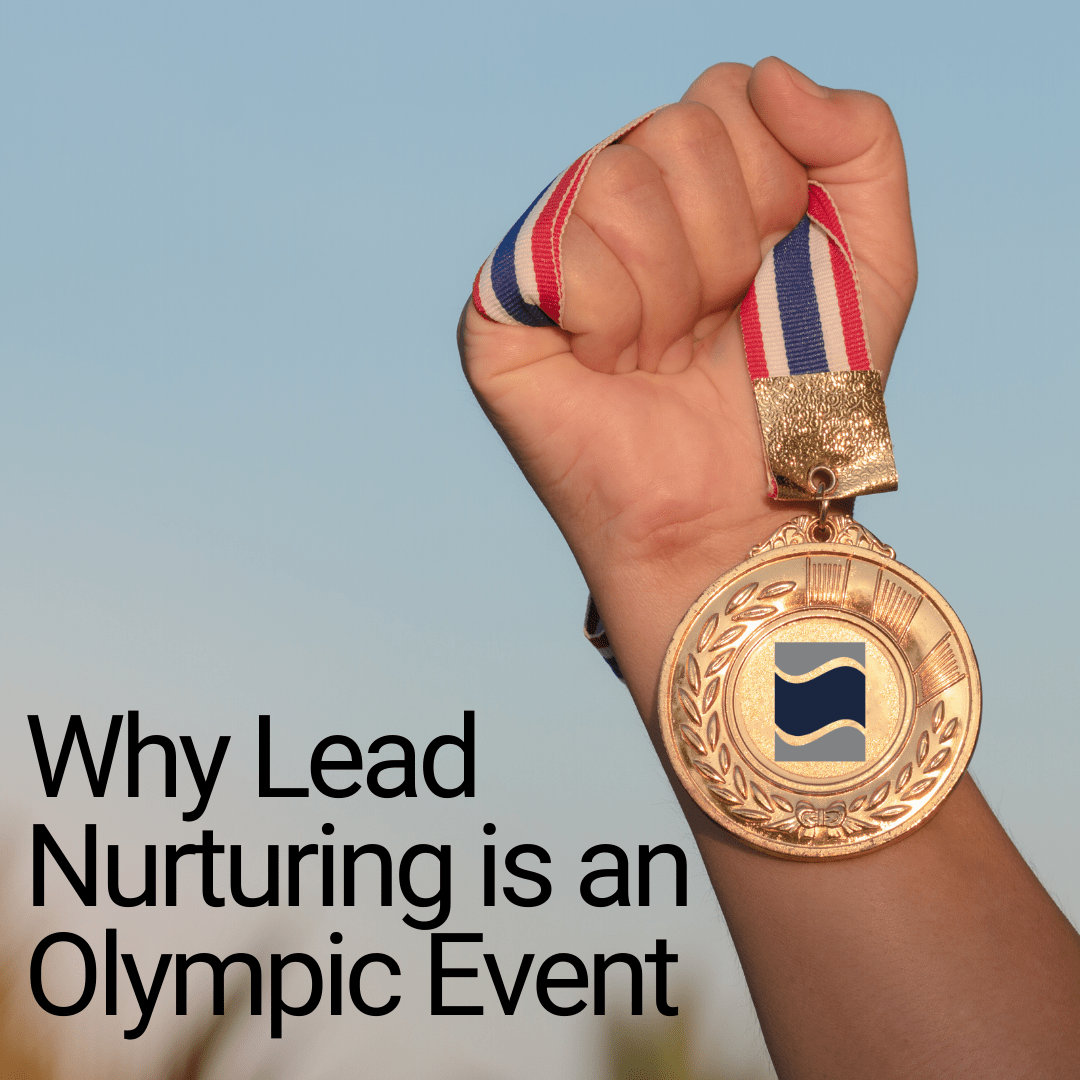 Olympian Kieran Behan was the first-ever Irish gymnast to qualify for back-to-back Olympic games. He competed in London in 2012 and in Rio in 2016.

Why is Kieran’s story significant? Doctors once told him he’d never walk again. Kieran had a benign tumor removed from his leg at age 10, and surgical complications left him wheelchair bound with nerve damage for a year.

Kieran thought his Olympic dreams were over. But after 15 months in a wheelchair, he was back in the gym training. Then came his next potentially career-ending blow: Kieran suffered a severe head injury after slipping from the high bar. He had frequent blackouts. He missed a year of school. But got his coordination back and returned to the gym.

Unfortunately it was anything but smooth sailing from there.

Before qualifying for the Olympics and becoming the Challenge World Cup floor champion in 2011, Kieran suffered several fractures and snapped his knee just after he was selected for the European Championships.

Here’s a success story in the making.

Recently I worked with a client who was one of the only members in his organization advocating for email marketing. The sales team was particularly skeptical—”We send out emails all the time! No one ever opens them. It’s a lost cause.”

What did the client see that the sales team didn’t? Sales had no follow-through. They’d connect with a prospect on the phone, send out a follow-up email the next day and then wait. And wait. If they didn’t hear back from the prospect, they gave up. The contact became a cold lead in their CRM (if the contact’s status got updated at all).

This fellow marketer dared to ask a question: If we send a series of follow-up emails, nurturing prospects throughout their decision-making process, what will happen?

This is what happened after the first email went out:

It’s still early in the game. But in all honesty, the second email didn’t do so well. Opens decreased to 10%. Clicks still hover at 0.5%. Ouch.

However, overall visits to the website are up (and you can bet we’re keeping a close eye on traffic generated from links clicked in the email campaign!). Sales is seeing more activity in the pipeline. Like many companies, this organization’s sales cycle is long.

But the results so far are promising!

When the Odds are Against You, Defy Them

You might have a similar story. Maybe you’ve been running ads, but you’re seeing few conversions. Or maybe you’re racking your brain for ways to engage your followers on Instagram. You might even be staring at the monumental task of marketing your business and thinking to yourself, “Where do I even start?”

Kieran Behan was once in your shoes. So was our pro-email client. But we all have to start somewhere.

Here are some tips to guide you along the way.

There are bound to be those who believe that what you’re doing is a lost cause. They’ll advise you to do X, Y and Z instead because it worked for them: “Stop wasting your time with Facebook! Instagram is where we really started seeing our followers engage.”

At the end of the day, you know your business and your clients best. If your target audience is 55-70-year-olds, you might find more of your customers on Facebook than Instagram—unlike your friend who owns a boutique clothing store targeting 19-27-year-old women.

Don’t throw in the towel.

The urge to give up is stronger the closer we are to success. Unless you’re being chased by a grizzly bear—in that case, you may want to play dead.

We’ve encountered various clients (fortunately no grizzlies!) with one thing in common: They want results and they want them now. Unfortunately most types of marketing—at least sustainable types—don’t produce instant results. And not all leads follow the same path or timeline to conversion anyway.

Just like the gold-medal athletes, you have to set a goal, train hard and build your stamina. When something isn’t working, you don’t abandon your goal completely—you make a change and get back on track. Sometimes you have to send three ‘bad’ emails for every good one.

A while back, we started working with a client who wanted to increase their website traffic. We began ramping up social posts with calls-to-action driving to the website and gradually, website traffic increased.

But then the client saw that a rival business was getting more post likes. And story mentions. And follows. Suddenly the client lost sight of the importance of website traffic, even though the website was driving both online and in-store sales.

As for the post likes? They were driving… the client crazy.

Choose the key performance indicators (KPIs) that make the most sense for your business. You should be your own biggest competitor, not those other businesses.

Whether you’re new to digital marketing or you’re ready to train harder and go for the gold, send us a message! We’re here to help you achieve whatever goals you set out to achieve for your business.

What is a Fractional CMO?

Fractional CMO Services The C-level talent you need – without

Heading up a marketing team is a difficult task. Moreover,

4 Ways a Fractional Chief Marketing Officer May Benefit Your Business

Marketing leadership is the difference-maker in any campaign – regardless

The Fractional CMO Guide: Everything You Need to Know

Good help can be incredibly difficult to find—especially when it

The decision to hire a fractional CMO agency can be

Bio: Sal Graci is an experienced and enthusiastic marketing professional with a broad range of skills. He has more than 10 years of experience designing, developing, and implementing a variety of marketing campaigns and projects. Sal has a proven track record of helping companies grow and achieve their goals through his own agency and private companies.

Education: Sal graduated from St. Joseph’s University in 2004 with an M.Ed. in Instructional Technology. He specializes in search engine optimization, PPC, and the overall design and development of marketing strategies. He also has extensive experience with a variety of marketing automation tools like Hubspot, Active Campaign, and SendInBlue.

Community: Believing in staying active within the community, Sal performs musically for a variety of charity events including fundraisers for CHOP. He also donates and works with various food banks throughout the Philadelphia area.

In his free time… Sal enjoys playing with his band Good Night Graci and recording/writing music. He also has a love for sports and is a regular host on a bi-monthly podcast called Enough Said.